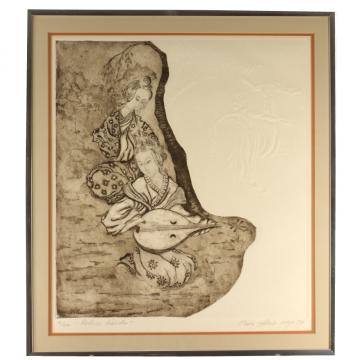 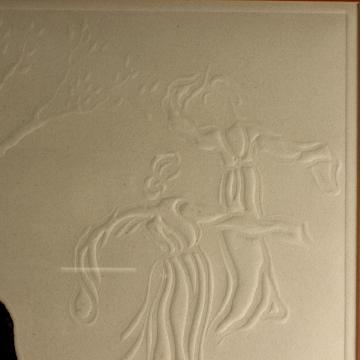 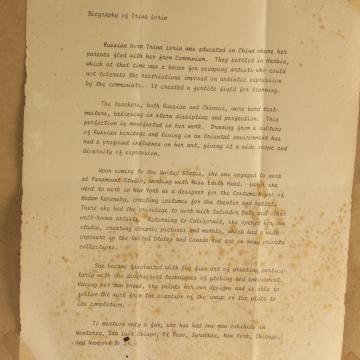 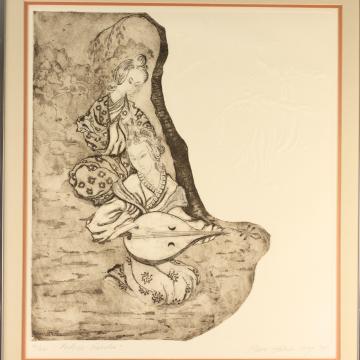 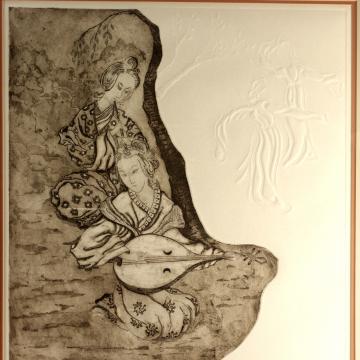 This item has been viewed 814 times
Irina Loren, Etching and Embossment, "Palace Garden" A/P - Auction ID: 1407
Ask a Question | Send to a friend | Add to your watch list

Description: This is an c. 1979 embossed etching by Russian artist Irina Loren titled "Palace Garden". Signed in pencil lower right and marked AP, 1979. The image depicts Chinese palace courtesans, one plays the "pipa" a lute-like stringed instrument while the other plays a flute. The embossing depicts the shadowy figures of other ladies dancing.

Bio: Irina Loren (b.1934, d. 2005) was a Russian born artist whose work was influenced by her mentor Salvador Dali and ceramic tiles of Picasso. She worked professionally in Hollywood and Broadway costume design during the 1950s. It was during this ealy period that she met Salvador Dali who encouraged her to expand her talents as an artist. Her later works included ceramic tile murals sold commercially and several are installed in public works such as her "Calavado" at the Marin County library.