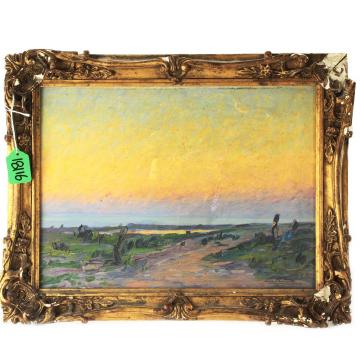 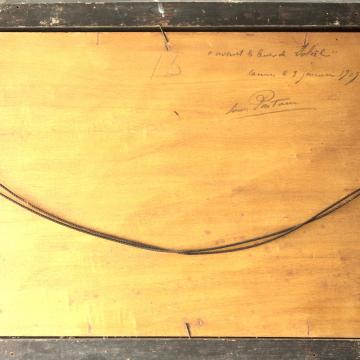 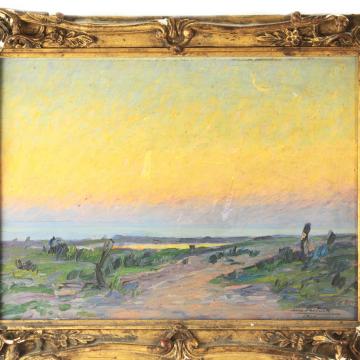 This item has been viewed 1933 times
Oil Painting, C. 1909 by Louis Pastour, Post-Impressionist School - Auction ID: 2123
Ask a Question | Send to a friend | Add to your watch list

Description: Post-impressionist oil on wood panel by Provencal painter Louis Pastour, signed and dated 1909 and titled "Avant le lever du soleil" - "Before Sunrise". Enscribed on the back in his own hand and signed on the back in pencil.

Condition: Damages noted with some paint flaking and scarring.

Bio: Louis Pastour, French (b.1876-d.1948) Sometimes noted as the "Painter of Sunlight" his favorite topic were the harbors, flowers and landscapes of Provence. At the age of 13 he went to work to become a journeyman painter. He obtained a silver medal for his drawings from the "Association Polytechnique de Cannes". At 18 he moved to Paris where he attended evening classes at the "Ecole des Arts Decoratifs". His works are often seen using only a palette knife. This technique was learned from other post-impressionist painters he met such as Georges Lebacq. His paintings are part of the permanent collections in various museums including the Louvre, the Musée du Luxembourg in Paris, the Jules Cheret museum in Nice, the Simu Museum in Bucharest.