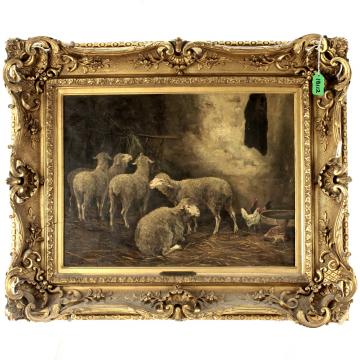 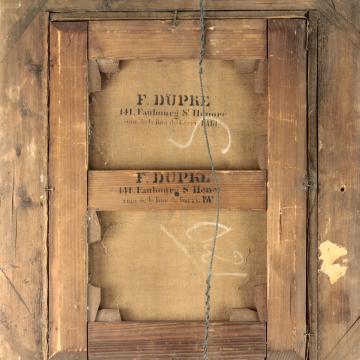 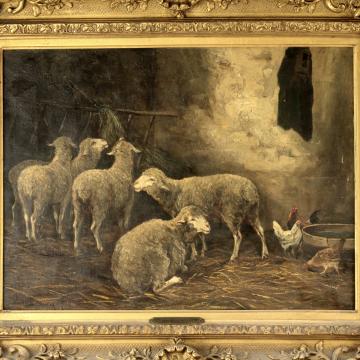 This item has been viewed 921 times
Oil Painting - Albin (Phillipe) De Buncey - Auction ID: 2127
Ask a Question | Send to a friend | Add to your watch list

Condition: Very Good with some light scuffs on the right of canvas. No other damage noted.

Bio: Philippe Albin De Buncey (b.1905-d.1978) was a French painter and sculptor that followed the 19th century Barbizon School of realist artists. He was a pupil of the famed painter and sculptor Edouard Navellier. De Buncey painted in oils on canvas and sculpted mainly in wood. He made his debut at the Salon des Artistes Françaises. In 1930, De Buncey joined the Society of Animal Painters. For several years, he exhibited his artworks and sculpted works within the Volney Circle and was one of the more important artists of this movement.