Sports Card Collections - What is Mine Worth?

Newport Beach, Calif. — In the late 1970s, the Sports Cards industry evolved very specifically - to maximize profits from collectors. The early days of card production was not even supposed to make money from cards but to sell tobacco and later gum. From 1945 onward, cards were seen as a viable product on their own. In 1952, Topps began to produce large sets of cards specifically targeting collectors. The 1950s and 1960s were an era of modern baseball heros such as Mantle, Dimaggio and Kofax. Most sports cards collectors werent really serious card collectors growing up - they bought and traded for players they liked. If you have a collection of cards pre-1975 then you have a potentially valuable collection. If most of your cards are from the 1980s and 1990s you may be in for a disappointment.

In the 1960s Card producers were eager to produce a unique demand for their cards and dabbled with creating rareties, such as rookie card sets, to push collectors to buy more. These cards were still sold in packs of gum or other candies until the late 1960s when Kellogs and Hostess began to sponsor Topps sets with their products. Licensing schemes at this stage in the history of card collecting were well on their way to destroying the industry. It would take another decade to build the industry to its zenith before it crashed. 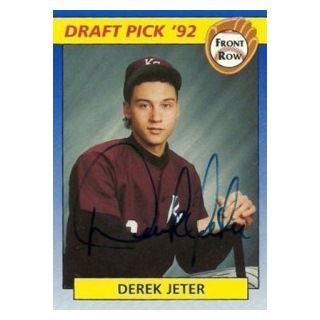 A 1981 Fleer vs. Topps lawsuit opened the way for an explosion of cards in the market. The result of the lawsuit meant collectors had many different cards and variations they had to collect for their favorite baseball star. Rookie cards, which originally were very limited runs began to be front and center in the minds of collectors and so were produced by the millions. Unfortunately the 1980s represented a silent market crash in the sports card market that most collectors were blissfully unaware. Many collectors honestly thought the box sets and rookie sets and special edition sets would represent a future investment value. In reality, the large majority of cards produced between 1986-1994, hold little to no value. Some marginal value can be derived if the cards are sorted into sets but the real gems from this period are very few.

A few premium set variations may be worth something appreciable. For example, Topps Tiffany Sets were a parallel set produced in the 1980s to match their base set. Topps Tiffany sets are worth hundreds of dollars and up. Some Fleer Glossy sets from the 1980s also have similar value. In 1991, Topps produced Desert Shield/Storm baseball cards which parallel the base set. Those Desert Shield/Storm cards are worth a lot of money - even the commons from that set. Highly graded versions of even commons can hold a nice value.

Of course a highly graded 1989 Ken Griffey Jr. Upperdeck can be worth anywhere from $25-400. A no name Frank Thomas 1990 Topps routinely can be worth in the $500-1500 range. Highly graded rookies of 1990 Leaf also have good value. It also is worth mentioning that 1992 Bowman cards have significant value. A set of 1992 Bowman in tip-top shape including perhaps a graded 8-10 card of players like Rivera, Chipper, Piazza and Delgado among others can fetch into the hundreds. I also am reminded of the 1992 Fleer Update set which includes the Piazza rookie. Because this set is relatively scarce, it does command some money to purchase.

Most collectors also know that anything 1993 Jeter is worth a lot. A Jeter SP or a Jeter Stadium Murphy easily go for $50-$100 or more. An astute card collector in 1993 could have cashed in big time today. Just go out on eBay and key in 1993 Jeter Stadium Murphy PSA 10 and see what each one of those cards command. Error cards like the 1990 Topps Frank Thomas NNO as well as 1989 Fleer Randy Johnson Marlboro, 1989 Fleer Billy Ripken F Face and 1989 UD Dale Murphy Reverse Negative all generate good sales in todays card market.

The sad conclusion is that most collections people bring to us for sale have little to no value. Additionally, the time it takes to sort through 15,000 to 20,000 cards to find the few rare gems just isnt worth it for most collections. If you know your collection well you would benefit from spending a weekend to sort through your collection and pull the rareties. With luck you will find some of the above rare cards in your sets or perhaps a rather rare team issue Kirby Puckett rookie cards from 1985 that today can sell for $30 or more. Or maybe you will find some 1992 Bowman cards including rookies of Mariano Rivera and Mike Piazza. Rarely do either of those cards sell for less than $25 and graded versions often go for over $50.

So, if you collected cards since 1975 and the majority are from the modern era of card collecting you may not have much value other than good memories. It is not likely the card market will ever return for this era. If your collection is pre-1975, and you wish to know what it may be worth or plan to sell the collection, contact GoodLife Auctions for a complimentary evaluation. Our appraisals staff can be reached at +1 866 294 0150.